Home » Divine Blog » Just How DO We Create Anyway?

Just How DO We Create Anyway? 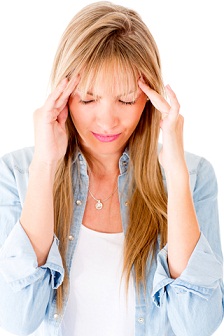 I mean, you have to DO something in order to get what you want done. The dishes don’t do themselves, do they? And a house doesn’t build itself. You do have to take action. But the action comes from the thought first.

I’m talking here about this type of understanding. The absolute clarity that everything begins with a thought first. And the belief that you carry about something is a well-practiced thought. It’s one you carry around with you, wearing it or holding it to you like a precious jewel.

“I’m right!” you cry. “See all the evidence that supports me?” And you point it out and continue to validate that belief.

Test it for yourself. See how you feel about the following statements:

Ok, well, some of them are mine, but I’m certain I’m hearing a few of yours, too, right?

So, here’s the thing: we all have “Yeah, but…”s and we have “Yeah, uh-huh, I can do that!”s, as well. It’s rather like they exist side-by-side. And sometimes one screams louder than the other, and it seems like that’s all we hear. (This is called being triggered, by the way.)

But the beginning of creating what we want in life is to begin to recognize all of those times when we are triggered – (and here’s the really important part) – to realize that it’s just a part of ourselves that isn’t the Truth of us, but rather our STORY. It is our very well-practiced thought.

A belief is pretty powerful, let me tell you. People are willing to sacrifice their lives for their beliefs. Some actually do.

So, let me ask you: what are you practicing thinking so much that you are believing it?

By the way, beliefs aren’t bad – they just are.

When we know we have given them power is when we see how they show up in our lives by seeing what we have in our lives that we want (or don’t want).

So, Here’s the Cool Thing…

(It ain’t easy, let me tell ya. But it can be done, thank goodness, otherwise I wouldn’t be here.)

For example, if you believe “I can’t create wealth and I frankly don’t know anyone who has. Who am I kidding? What am I trying to be? This is a joke!”

Well, first of all let me say “COOL! You know what you believe. And that’s HALF the journey!” (If you don’t know, then you can’t change it, right?)

I think you’ll find it’s a bit softer than “I can’t create wealth.” And when it’s softer, then you begin to move in that direction. Things begin to open up for you. And then you begin to notice more weath coming into your life. Keep it up, and before you know it, you are wealth in expression.

So Here’s the Next Really Cool Thing…

Does it take time?

I promise you. I really do.

Now go practice. And have fun with it!