Manifesting for My Shower 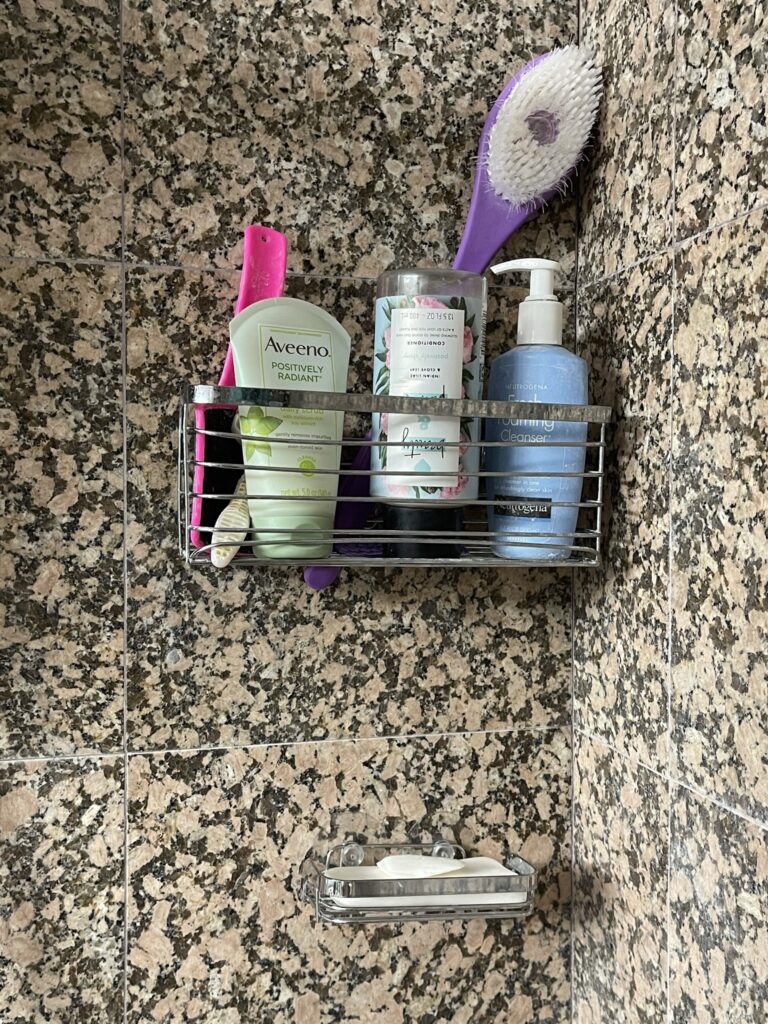 I manifested something today. Some little soap dish that I wanted for my shower. Let me explain, please, so you understand why this is such a big thing.

When we moved two years ago, we moved into a bathroom that has only a shower. It’s a big shower floor to ceiling in marble (in a color I dislike) and glass. We often joke that the 80s called and want their bathroom back.

Since moving here, I have purchased at least 4 sets of suction utensil holders for shampoo and soap and other accountrements that you use in the shower. And I have hated every one! I put them up and then get annoyed because just don’t stay up. I’ve sighed helplessly numerous times as the ones I have gotten fall off the walls.

A few months ago, I found a larger shampoo holder thingy at the thrift store that I liked. And brought it home and washed it all up. But then didn’t use it because I was afraid it wouldn’t be able to hold several items. It sat on the bathroom counter forlornly as I continued to use the ones that kind of worked but I disliked.

Last night, I said “enough! I’m going to use the holder – or at least see if it will stick to the wall!”

Oh my word, it did! It actually stuck!

I switched all of my items over to that holder. And it held! But then I had a new problem. My soap didn’t fit very cleanly in there. (Ha! Did you catch my pun there?) So I pulled out a non-matching soap holder and it stuck to the wall. So now I had a wire holder for my shampoo, etc., and a white plastic holder for my soap.

No, that wasn’t going to work. (Have I mentioned I like things to match?)

As I took my shower last night, I thought “when I get out of here, I’ll check to see if Amazon has one that matches the shampoo holder.” I dried off, donned my nightgown and then as I was walking out of the bathroom, I glanced at a box with bathroom items that still needs unpacking.

Guess what was in the box?

Uh-huh. A soap holder. I took it over to the shower and gasped. It was the exact match of the shampoo holder! And when I showered tonight, I tested everything out. They all stick to the walls and they look so good! I am soooo happy!

Now this story is not a big deal, right? Not when we have things like a pandemic and political and economic crises. But, it was a kinda big deal to me. I had just been thinking about manifesting that soap holder (Amazon), and instantly it was there for me to use right away. No ordering needed!

This is what manifesting looks like, Divine One. While this isn’t a hugely sexy story, I’m so flipping happy about this little piece of alignment and synchronicity. And it shows me yet again, that manifesting can be incredibly easy. And unexpected.

I tell you this because I’m inviting you to come play with me on your own skills at – and awareness of – manifesting.

First is the Divine New Moon Magic call that is today. To which you are invited. Want to know more? (Click on the graphic below for more information). 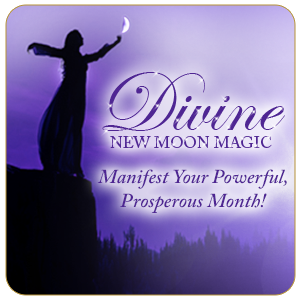 Second is the Divine Manifesting Circle, which is free all month long! We had our first call this week, but we have two more yummy calls scheduled, and you can access the first one. Come join in the fun and get better at manifesting.

Hint: Manifesting is a skill, not a gift. And skills you can learn and get better and better at!

Want to know more? (Click on the graphic below for more information). 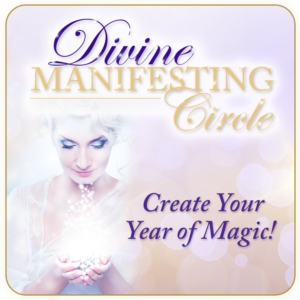 I hope we see you there!