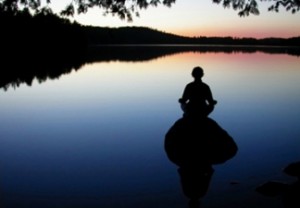 I have gotten these questions a lot from clients through the years and I believe I have some answers not only because of my own experiences (yes, I’ve had to forgive big-time!), but also because I’ve spent years studying what forgiveness does for you.  (Did you hear that?  What it does for you.)

Jerry, a client of mine, is a favorite example I have of how what opens up in your life when you to forgive someone else. In 2003, Jerry came to my office in Charlottesville, VA, to work through some challenges he was having at work.  As we worked together, a very traumatic story came out.

Fifteen years earlier, Jerry and his then-wife had triplets.  One day, when the babies were several months old, Jerry came home at lunch to surprise his wife.  He was the one surprised.  He discovered his wife in bed with his best friend.

No surprise here – they divorced.  Then his former wife married the former best friend.  Then she asked Jerry to allow the new step-dad to adopt the babies. “You can stay involved in their lives, but it will be better for them to be part of a whole family.” After much consideration, Jerry acquiesced.

Somewhere soon after Jerry signed the papers relinquishing his parental rights, they got into an argument and his former wife said, “Go away.  You have no rights here.”

Through the next 12 years, even though Jerry sent his children gifts at Christmas and on their birthday to stay in contact, he was not allowed to be a part of their lives.  He hadn’t seen his kids in all that time, and he had a whole lot of (very understandable) anger toward his former wife.

We began to work on the feelings he had about this experience, one by one, tapping through his feelings.  When we softened the anger a bit, I offered a statement to him, just to check in with how he was feeling. “I forgive her for taking my kids away from me.”

We then tried “I’m willing to consider forgiving her for taking my kids away from me.” There was much less resistance to this, and as we tapped through it, I could feel his anger really releasing.

We tried again. “I forgive her for taking my kids away from me.” This time, the resistance was gone and we were successful.

Then, we worked on forgiving his former best friend.  This took some time, as you can imagine.  As we walked all around his anger at this man, Jerry found places he could really begin to let it go.  And as he let it go, he forgave.

Last, we tackled his anger at himself for letting his children go.  As we released shifted it, his whole being softened, and he was at peace.

He had forgiven himself.

Several weeks later, he called me. “You won’t believe what happened!” he told me, breathless with excitement. “My daughter, Susanne, contacted me and she wants to meet!  We’re meeting next week for the first time!”

“You know how this happened, don’t you?” I asked him.

“You forgave.  You changed your energy.  You changed how you feel about what happened.  You raised your vibration to love and compassion instead of anger and blame.  And when you did, she responded.  She heard you.”

Susanne was 14 years old when she saw her daddy for the first time.  It was a tearful reinion.  That was 2003.

Since then, she and her two siblings all got re-connected with their dad.  Their mother also reconnected with him, and they had the first of many profound conversations.  When she welcomed Jerry back into their lives, he got to be his kids’ dad.  It was a dream he’d longed for for so many years.

Last December, I heard from Jerry.  Two of the triplets are living with him while going to college and he was sharing how challenging it was at times!  I laughed as I heard how they are living and loving one another as any normal family.

So… why forgive?  What’s in it for you?  You forgive because your life will show up in a whole new way when you do.  In a way you cannot even imagine right now.

By the way, Jerry still had to work through some issues – and we did, through the course of several months.  But his original anger and bitterness and deep shame never, ever returned.  (That’s the power of EFT, my friends.)

1. Decide right here, right now, that you are willing to forgive.

2. Decide which steps you need to take to forgive, then take them. (I highly recommend the book “Radical Forgiveness,” by Colin Tipping.  This book will have you look at forgiveness in a whole new – and very beautiful – light.)  By the way, choosing to forgive doesn’t mean you have to forget.  It just means you’re going to let the past go so that you are free now.

4. Watch and see how your life changes. It will change.  It will become unrecognizeable.  And that’s a very good thing.