Home » Divine Blog » Your Four Intuitive Channels; Which Ones are You Using?

Your Four Intuitive Channels; Which Ones are You Using? 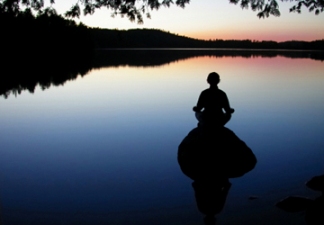 People often ask me how to become more aware of their intuitive abilities. They believe they have them, but they don’t know how to access them consciously.

Intuitive abilities are something that can be re-learned as adults. You can re-open the channels of your own psychic abilities. Cool, huh? Doreen Virtue, Ph.D., a well-known author, did it, as have many others. And I learned from Doreen how to do it.

In 2001, I was going through my very own personal h**l. My world, as I knew it, had collapsed around me. Little did I know it at the time, but I was “ripe for the pluckin’,” as I now like to call it. This means I was ready to learn, ready to connect to Spirit, ready to change my life. I was desperately seeking healing, emotional and spiritual, and I felt so incredibly lost.

One day in March, I picked up Doreen’s book, “The Lightworker’s Way,” and read it without putting it down cover to cover. When I learned she also had trainings to learn how to communicate with the angelic realm (read here opening up to your intuitive abilities), I knew beyond any shadow of a doubt I had to take her course. The next one was being offered in Miami in less than 2 months.

The problem was I had no money to pay for it. The fee was $1,500 for the course itself, and then there were travel expenses (I lived in Virginia at the time) and hotel on top of that.

I decided to put my faith into action. I had a car I had been trying to sell for over two years. Even though I had advertised it over and over again, I had no takers. Nobody even called about it. I prayed and felt guided to try again. I promised that if I sold the car, I’d go to the training. 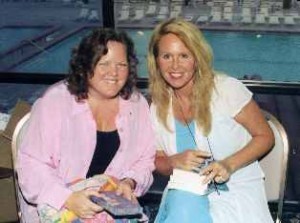 Within three weeks, the car sold. Not only did I have enough money for the training, but I had money left over!

At the training, I learned that we have four intuitive channels: clairvoyance, clairaudience, clairsentience and claircognizance. Most of us are stronger in one or two, but we all have all four. See which of these fit you.

1. Clairvoyance, means “clear seeing.” This is the third eye chakra or energy center, located above your eyebrows close to the middle of your forehead. This energy center is responsible for the visions or visual pictures you receive from the Divine when you ask questions. You may receive picture flashes, or visions, or vivid dreams, like Allison on the TV show Medium.

2. Clairaudience, means “clear hearing.” This is at the 5th chakra (energy center), located at your throat. There are also smaller chakras at your ears. Clairaudience is about communication, which is the 5th chakra’s job. Clairaudience doesn’t mean you literally hear someone speak out loud to you when you’re alone (although that can happen in some situations). Rather, when you ask a question to your guides or the Divine or the angels, you receive the answer in the form of words inside your head, as opposed to a vision, or a visual picture. Neale Donald Walsh, the author of the “Conversations with God” series, is a great example of clairaudience.

3. Clairsentience, means “clear feeling.” This is a 2nd chakra (energy center) job. The 2nd chakra is located just below your belly button, and it guides you in getting “gut” feelings about something. (Anybody watch NCIS? Gibbs always goes with his gut, and he’s always right. He has learned to trust his intuitive abilities.) Some people get a “hit” or a “clunk” in their bodies. Others get goosebumps, and “feel drawn to” or repelled by something or someone. Someone who is empathic (an empath) “takes on” another’s feeling experience. (Those of you who have worked with me know that sometimes I say in a session “I can feel that all the way down here!” This is an example of an empathic experience and an example of how I build my faith and trust in my own intuitive abilities.)

4. Claircognizance, means “clear thinking.” This is a crown chakra (energy center) job. The crown chakra is located just where it sounds: the crown of the head. Someone who is claircognizant will “just know” something. They will frequently take right action, and have right timing, as well. Esther Hicks of Abraham-Hicks is a great example of one who is claircognizant. She says that Abraham “downloads” information to her in blocks and she just “knows” how to translate it.

Knowing what your intuitive channels are is important, because when you know, you can then begin to recognize how you receive messages from the Divine. (My two strongest channels are clairaudience and clairsentience. Claircognizance is next, and clairvoyance last.) When you know how you receive these messages, you can then begin to trust more and more the “hits” you receive. Even if you cannot make sense of them in the moment, you can begin to trust what you do receive.

And that, my dear friends, is very, very powerful!

Determine what your intuitive channels are. Begin to recognize your hits. Keep a journal of your hits. (Don’t analyze them, just record them!) Here’s an example:

Finally, here’s an affirmation Doreen used and I use consistently to anchor this skill. You can use it, as well. (In the beginning, I felt like I was lying, by the way. That’s how far away I was from being congruent with this affirmation. Now, it is true, true, true … but then? Aahhh, well … but that is the process, isn’t it?)

“I trust my intuition.”