If you’ve been wondering “Who the heck is this chick, Rev. Anne Presuel?” well, then, here you go…

As a young girl, I was always connected to nature, and through it, to the Divine.

From the littlest creature to the largest mammals, every life, no matter how small, was sacred to me. When I was 12, my father gave me a horse for Christmas.  She was a Strawberry Roan. I had been obsessed with horses since I was 7, and I loved her dearly. 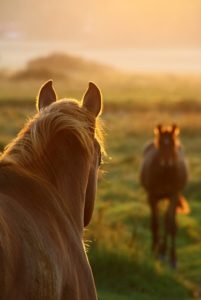 It was my first real taste of manifesting a dream.

During my 20s, I struggled to find my way spiritually.  Having been raised in a very fundamental religion, I found myself in conflict with its principles. I was lost.  Very lost. But then, a friend introduced me to Silva, where I learned to meditate, and to connect with not only my own higher self, but also to the Divine in everything.  What an incredible awakening that was.  Like coming home.

As I meditated, I received messages, all kinds of messages, but it took me years to understand them.  I couldn’t figure out the difference between messages of the Divine and the thoughts in my own head.  (They all sounded the same at that point in time.) 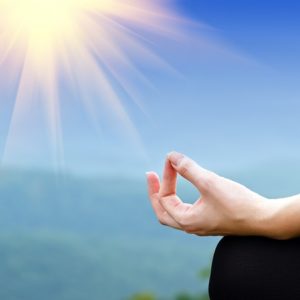 Around this time, the call of entrepreneurship awoke within me. As a new mother, I had to provide for my daughter.

I began a series of careers that never reached their potential due to one missing ingredient.  Marketing.

I began a photography business. I loved finding a creative light amidst the darkroom and beauty of B&W photos to be inspiring and even magical. The business was successful – with lots of clients, award winning photos, and even publications in magazines. I loved it the work, but without the support of others to market it, it died.

Next I studied classical voice. I loved it (notice a trend?); I wanted to sing – to whomever would listen.  I thought, “Well, how about this for my work? It’s so much fun!” In 1995, I was chosen to perform the National anthem at Camden Yards in Baltimore, Maryland.

On July 16, I stood alone on first base and heard the voice on the loudspeaker say, “All rise for the singing of the National Anthem.” 48,000 people stood up. I could see Cal Ripkin, the Oriole’s most famous player, stand up.  He was on his way to winning his world record that year.

Standing alone, I opened my mouth and sang.  It was incredible to hear my voice echoing across the ballpark, and to listen as people sang along with me.

But then I walked away from singing, too.  Because I had no idea how to market myself.  (And I’d never ever heard of a coach at that point in time!)

Without a plan, I went back to school. Several years went by. But then the bottom dropped out of my life.

In July 2000, my 13-year old daughter revealed that her step-father was molesting her. Seriously.  And talk about shock.  But here’s the thing:  On some level, I had known something was seriously wrong. I could feel it.  But I just couldn’t place what it was. Our therapist told me my intuition saved my daughter’s life.

Within six months, my then-husband was in the hospital being diagnosed with a massive brain tumor, which had caused his sexually-deviant behavior.  At least that was what the neurosurgeons and psychiatrists told me.

At the time, it was a pretty hard idea to swallow, and I felt like he was getting a get-out-of-jail-free card.  I wasn’t having any parts of it.  I was still very, very angry that he had harmed my beautiful child. But here is what I learned from that very painful, dark-night-of-the-soul time.

1)    We all have stories or things that happen to us that absolutely take our breath away, make us want to quit, make us feel like our insides are on the outside.

2)    These experiences are perfect opportunities for us to choose how we experience the event: anger and bitterness, or love and forgiveness.  (And, by the way, it’s ok to go through the anger to get to the love.)

3)    Healing can occur very quickly and easily.  (Although truly understanding this took me over two years to learn.)

4)    Miracles are everywhere – even (or should I say, especially) in the darkness.

5)    There is incredible love and support available to us, even when we don’t see it, feel it or know where it will come from. 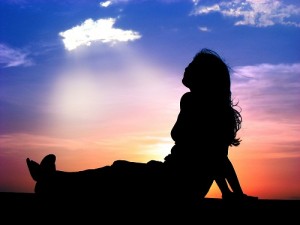 You see, during this two-year period, I connected deeply to my intuition…

My new husband and I had an amazing life in Virginia but had to uproot when he got a new job. It was in that moment I decided I never again wanted to be at the effect of a business that was location-specific.

This was when I turned my focus online. I asked for Divine guidance and when I connected with my mentor for the first time, I knew I wanted to work with her.  I decided it was time to invest in myself and my business so that I could learn – really learn – how to create a successful, abundant business. And my business has never been the same.

Within a year of reorganizing my business, I went from less than $18,000/year to over 6-figures.

Remember all those times I quit because I didn’t know how to market?  No more.  Now I teach others how to market their sacred gifts (and yes, even sell themselves)!

All those trainings?  They are all being used, every day, in my work.

The passion for the spiritual and the entrepreneurial world?  Combined.  Totally.  Completely.

When you bring your gifts together and organize them into a business, you can bring them to the world in a powerful way.  And the world loves it and welcomes it.

It wants your gifts.